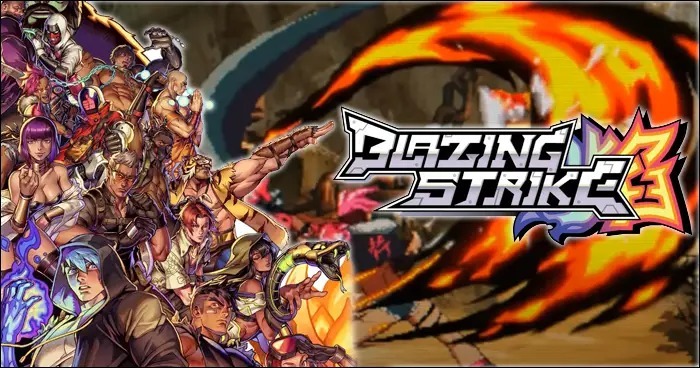 It's gut-wrenching to admit but #BlazingStrike 's release date has been moved back to Spring 2023. However this delay will help polish the game to ensure the best game experience possible (maybe with crossplay), so I really hope you guys stick around a little longer. 🙏❤️💔❤️ https://t.co/DBRTJWOg2D

Developer RareBreed Makes Games has announced that their fighting game Blazing Strike has been delayed to Spring 2023. If you’ve not heard of this game here’s an official overview.

Blazing Strike features a four-button system with six normal attacks: light, medium and heavy punches and kicks, as well as three defense moves: block, guard and parry. A Rush Trigger enables fighters to execute fast-paced attacks and movements, but using it will slowly drain the Rush Meter, sending the character into a temporary groggy state. This allows players to execute exciting combos while having to manage the Rush Meter. The game will include three play modes: Story Mode, Arcade Mode, and VS Mode, with training, sparring, and online match via Persona AI, and online play powered by GGPO.

The game was unveiled in May 2021 for Switch and other consoles, this is now the second time the game’s release has been pushed back.

The developers state the extra time is needed to “help polish the game to ensure the best game experience possible.” so it seems like it just needs more time to cook. They’ve also noted that they are considering cross-play for the game so that’s something to potentially look forward to.

Hopefully this will be the last delay the game experiences, we will of course update you when a release date is finalized.