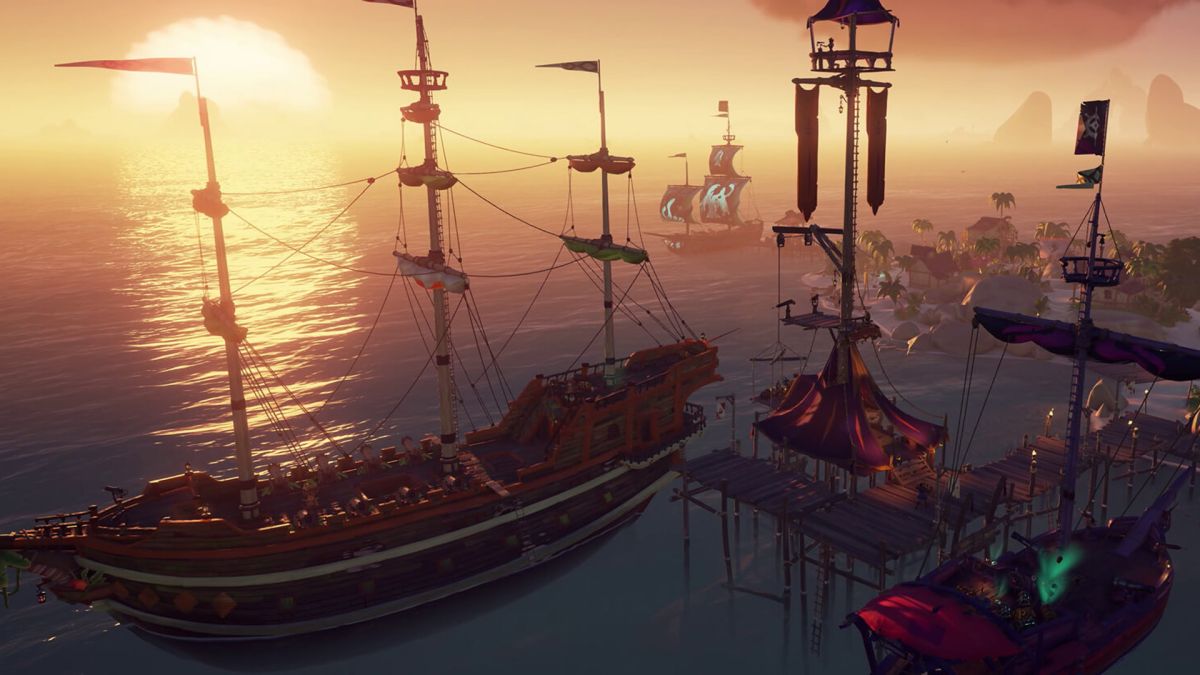 Sea of Thieves' big Captaincy update is finally live as part of season 7, and players are discovering a huge surprise benefit to becoming a shipowner: there's a new and much faster way to transport treasure from your ship that makes selling loot way, way less stressful.

The most anxiety-inducing part of playing Sea of Thieves is when you have a full ship's worth of loot and you're at an outpost with a mind to sell it all for a fortune. In the amount of time it takes to bring all of your treasure, one piece at a time, from your ship to the various merchants at the outpost, there's a good chance a hostile crew will have boarded your anchored ship to steel your hard-earned loot and leave your proud vessel sinking to the ocean floor.

However, Sea of Thieves players who've recently purchased their own ships are figuring out there's a clutch new trick to dramatically cut down the time it takes to sell loot, and thus avoid the whole situation I just described. See, shipowners are granted access to the new Sovereign faction of merchants, which is essentially a one-stop shop for Captains to sell all matter of loot. That's right, you don't need to go to different merchants to sell your loot anymore, not so long as you're the owner of a ship. And better yet, just above the Sovereign's storefront is a platform with a mounted harpoon, which you can use to retrieve items from your ship with record efficiency.

If you haven't put together what exactly that means for new Captains in Sea of Thieves, check out this eye-opening demonstration from MashedPotatoh on Reddit:

This adds a whole new utility to being a Captain I was fully not expecting, and it's obvious Rare built it into season 7 intentionally. I can't imagine any other reason for placing a pair of harpoons onto an elevated platform except to give nervous nellies like me a break when trying to cash out at an outpost.

Suddenly eager to become a shipowner? Here's how to buy and name a ship in Sea of Thieves.