The conveyancing firm’s year-end event was held at Sydney Harbour Marriott Hotel at Circular Quay, a 5-star well-known luxury hotel in the state. The function comprises speeches, games, video presentations, award ceremonies and an exchange gift before the end of the program. All important figures of the company were present at the event to show their support for their colleagues that bagged an award. The event was a thrilling and unforgettable experience for everyone who attended the party. 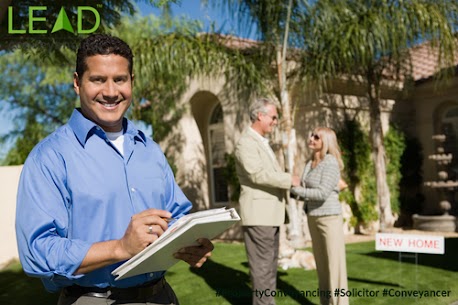 The party also has a talent portion for its new hires, a yearly tradition the company has exercised since its inception. They believe the program is an excellent way to make their new colleagues comfortable and friendly around the tenured company members. Most new hires have unique talents that wowed the tenured paralegals, lawyers and customer representatives. Some tenured employees also showed their singing, dancing and acting skills to encourage some shy new colleagues.

The awarding ceremony was held by the Founder and Legal Director of the company so that she could personally thank her colleagues. Some of the awards are the perfect attendance award, the best paralegal of the year, the best conveyancing solicitor of the year, top performers of the month, the most improved employee of the year, the top performer of the year and many more that will keep them inspired to work. The night's best suit and gown was an award never given to anyone before.

Sherry Chen, one of the Senior Solicitors of LEAD Conveyancing Sydney, expressed her happiness by delivering a short but inspiring speech for her colleagues. “I want to let you all know that I am glad we can have a simple yet impactful get-together here in this beautiful hotel. It is a pleasure to see all of us just having fun, not having worries for a moment. I want to remind everyone that we all contributed to making LEAD a better company than before. All of us are working hard and helping one another, which is great because it makes our company a better place to work, grow and have more friends. I hope we continue to excel in the following years.”

LEAD Conveyancing Sydney's anniversary celebration was simple but sweet. It was a chill party that was perfect for resting their minds, and they could relax and have fun for a while. Another benefit of the year-end party was it allowed the new hires to introduce themselves to all firm members formally. For further details about the company's range of services and operations across Australia, visit the official LEAD Conveyancing Sydney website.

Visit the Lighthouse in Hilton Head, Travel Mag Tells Why

Electrodry Mattress Cleaning Expands to the Gold Coast in Queensland

IMHO Reviews How Much Teachers Can Earn On Skillshare in 2023

Resources Published On Detox And Drug Rehab For Men