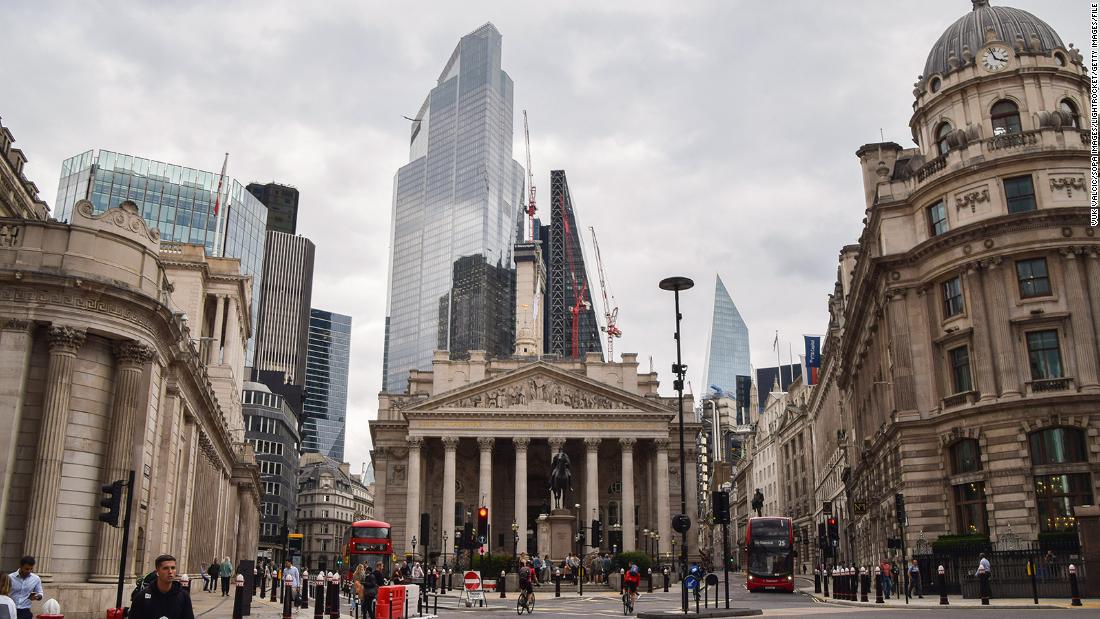 London (CNN Business) The Bank of England announced its seventh interest rate hike in less than a year on Thursday, despite forecasting a recession, as it battles the highest level of inflation of any G7 economy.
The central bank repeated last month's hike of half a percentage point, taking rates to 2.25% from 1.75%.
It said it expected inflation to peak next month at 11%, lower than it previously expected because of government intervention to subsidize energy bills.
"Should the outlook suggest more persistent inflationary pressures, including from stronger demand, the [monetary policy] committee will respond forcefully, as necessary," it added.
With Thursday's move, the Bank of England has already raised borrowing costs for business and consumers back to levels last seen in 2008 in a bid to take the heat out of inflation that continues to hover just below 10%.
Like most of its major peers, the central bank is having to weigh the need to prevent price rises getting out of hand and the damage caused by aggressive rake hikes.
Source