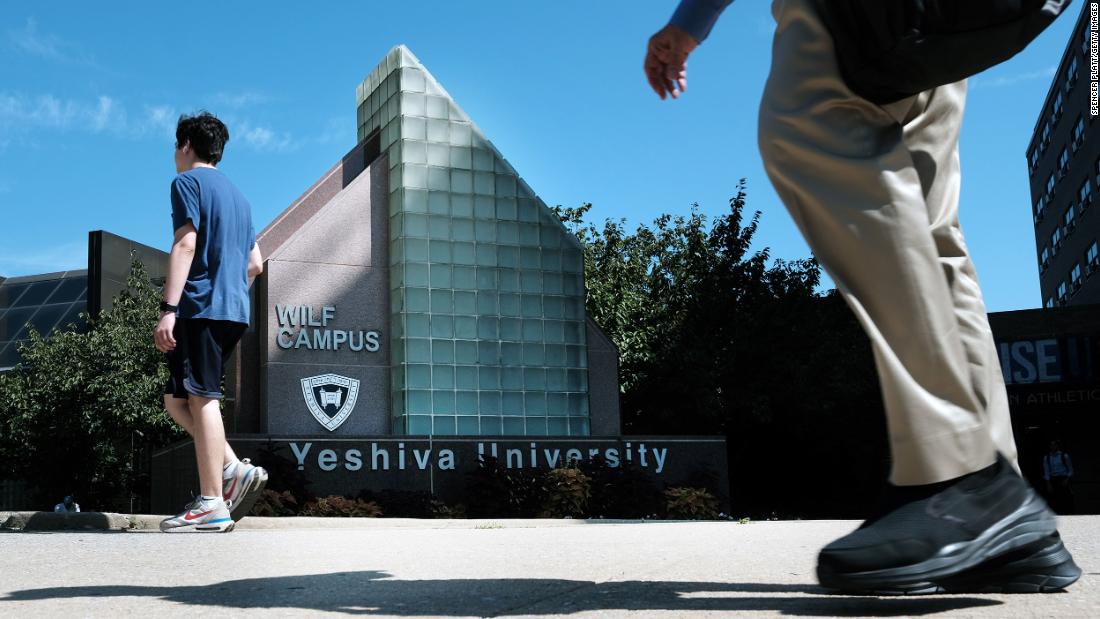 (CNN) New York's Yeshiva University and an LGBTQ student club reached a compromise after the university lost a bid to have the US Supreme Court block a court order that requires the school to recognize that club.
The pride group extended the compromise after the school said it would put all undergraduate club activities on hold while it took steps to "follow the roadmap provided by the US Supreme Court to protect (the university's) religious freedom."
The university also cited upcoming Jewish holidays as part of its reasoning to pause club activities.
On Wednesday, YU Pride Alliance said it would voluntarily agree to a non-legally binding "stay" or pause of a court order requiring Yeshiva University to provide the LGBTQ student club the same resources as it allots to other groups on campus.
The university said it appreciated the offered gesture, and that it looks "forward to it as an opportunity to resume the discussions we had begun, and which were halted" amid the court case.
The Supreme Court last week declined the university's request to block the lower court order to recognize the club, but noted that New York state courts had yet to issue a final order in the case and that Yeshiva could return to the Supreme Court after New York courts have acted.
Source