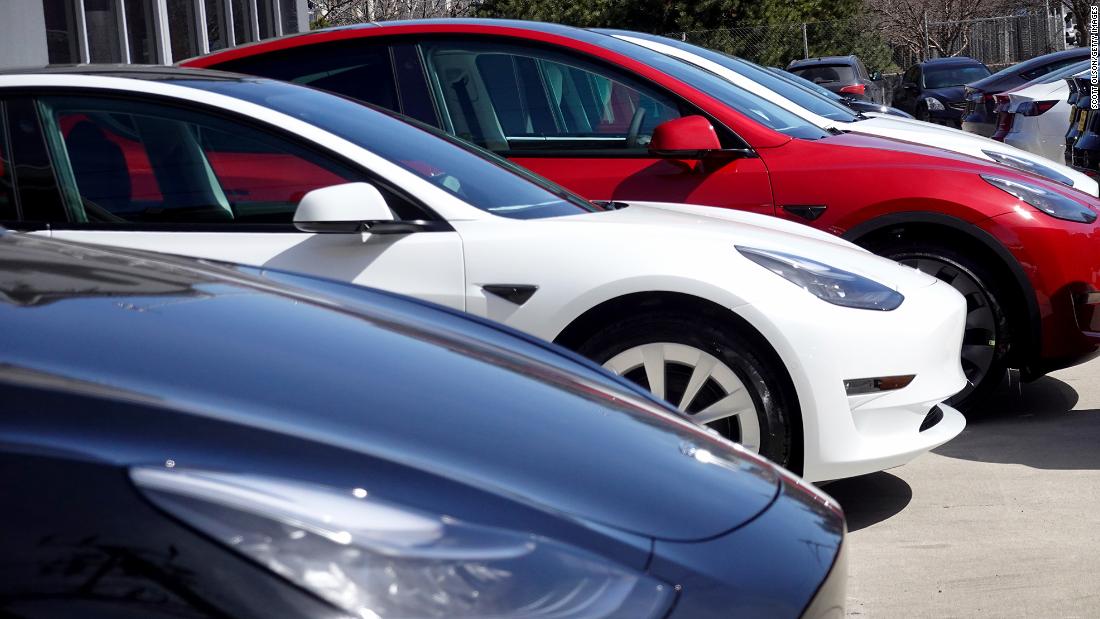 New York (CNN Business) Tesla officially announced a three-for-one stock split, meaning the company's stock price — which has jockeyed between $600 and $1,000 for a year — is about to get more affordable for investors.
The stock will begin trading on a split-adjusted basis on August 25th.
Tesla TSLA shareholders approved the split Thursday at the company's annual shareholders' meeting.
Following the split, a person who owned one share of the company will hold three, and the price of each of those shares will be one-third of the price at that time.
At Friday's closing price of roughly $865, that would make the post-split price per share just about $288.
Stock splits are usually done to increase a stock's liquidity, making it easier for investors to buy and sell the shares.
Essentially, the move will triple the number of Tesla shares on the market, but the company's overall valuation — and the value of each investor's holding — won't change.
Splits can also boost demand for a stock because it puts the price within the reach of smaller, individual investors.
Source