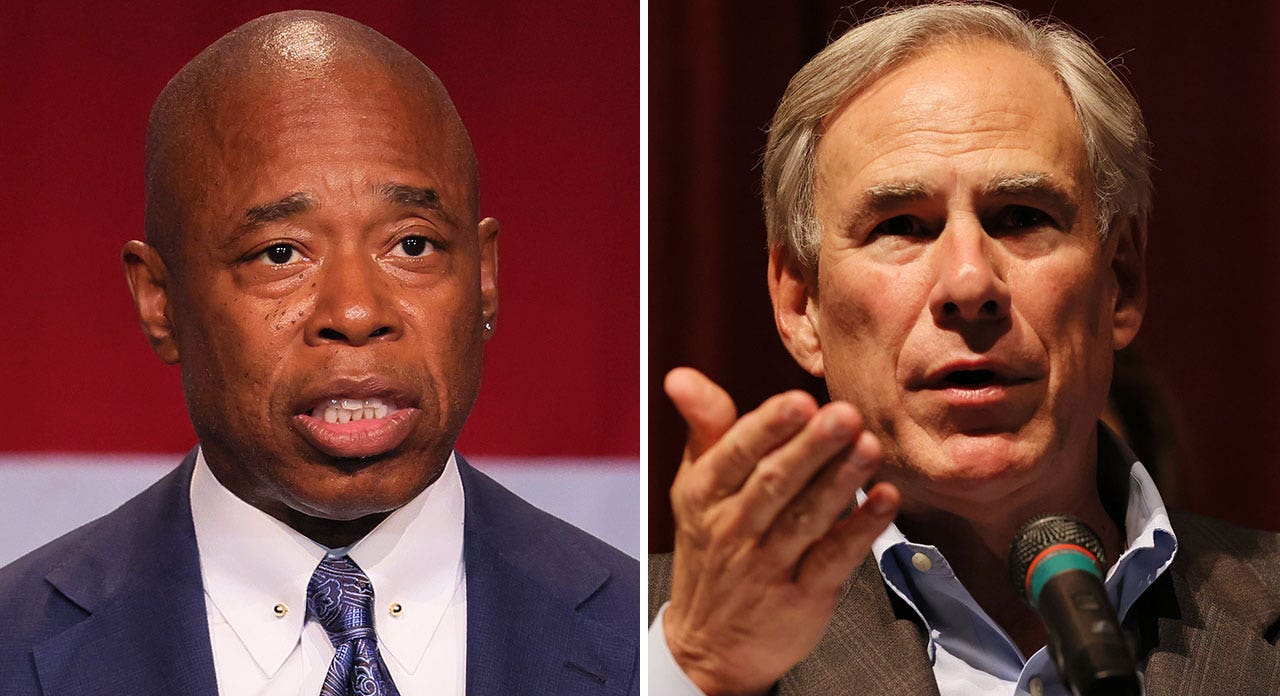 New York City Mayor Eric Adams said he was disappointed in criticism by the Legal Aid Society of how the city has dealt with thousands of migrants bussed from Texas, arguing that Gov.
Greg Abbott is the "real villain" that they should be focused on.
More than 10,000 migrants have been bussed since April from Texas to New York City, which has a right-to-shelter law requiring the city to house anyone in need.
The Legal Aid Society said last week that the city failed to house 60 men, most of them migrants recently bussed to the city.
"Should the City continue to deprive our clients of this codified right, we’ll seek action from the court."
EL PASO MAYOR SAYS CITY'S GOAL IS TO HELP BUS MIGRANTS TO THEIR DESTINATIONS, TREAT THEM LIKE HUMAN BEINGSGov.
Abbott, meanwhile, has argued that the bussing of migrants is bringing light to a migrant crisis that is disproportionately impacting border communities in his state.
"We have a president who has refused to go see the chaos that he's created on the border and a border czar, Kamala Harris, who's refused to say what's going on the border," Abbott previously told Fox News.
next Image 1 of 3prev next Image 2 of 3prev Image 3 of 3Adams also clashed with the Legal Aid Society about emergency tent shelters that the mayor's office announced on Thursday to house migrants.
"We are deeply concerned with any scenario in which families with children would be relegated to congregate settings," the Legal Aid Society said.
Abbott previously invited Adams and other Democratic mayors to Texas to see the border themselves, but Adams said Thursday that Texas has failed to coordinate the bussing of migrants.
In fact, they first denied that they were sending migrants here," Adams said.