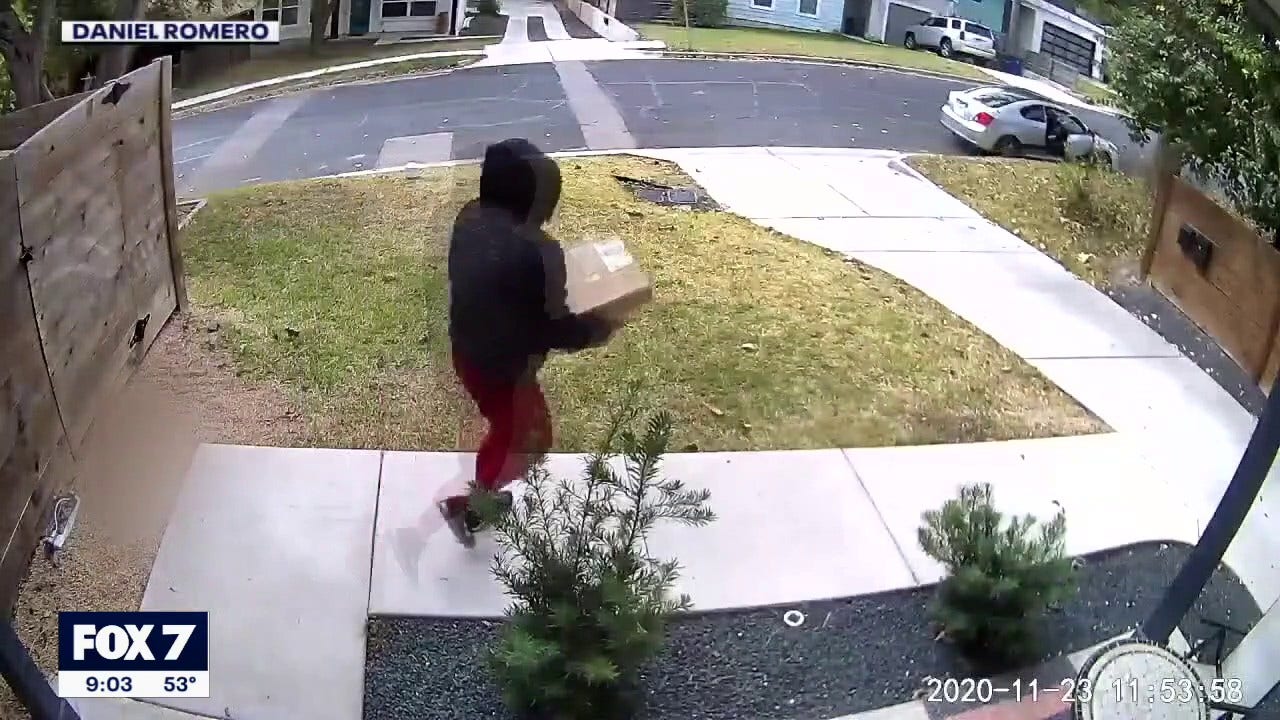 A Texas police department is taking matters into their own hands to discourage modern-day Grinches swiping packages from people's front porches this holiday season.
So the opportunity’s there, people are going to take advantage of that opportunity," Round Rock's Assistant Chief Justin Carmichael told Fox 7.
Operation Front Porch began six years ago in December 2017 as a novel way for residents to prevent package theft.
"The reason we started this program was an increase in package thefts," said Carmichael.
TEXAS POLICE OFFICER FIRED AFTER SHOOTING HAMBURGER-EATING TEENAGERnext Image 1 of 2prev Image 2 of 2Carmichael says that Round Rock residents can have their package shipped to the department from now through Dec. 22.
"We hold them for three days and people can come in during business hours and pick up their packages," Carmichael continued.
In Kyle, Texas, the police department is encouraging residents to be aware of rising crime in the area and taking simple steps to prevent robbery.
"You obviously don't want to leave those packages out there visible on the porch for an extended period of time," Kyle Assistant Police Chief Pedro Hernandez told Fox 7.
"If you can't pick them up yourself, have somebody, a trusted neighbor or family member, pick them up for you," Hernandez added.
Having a doorbell camera can help catch porch pirates in the act.
CLICK HERE TO GET THE FOX NEWS APP"We've seen a lot of success in identifying suspects," Hernandez said.
"They're captured on somebody's doorbell, camera or security surveillance camera.